Founding of St. Clare’s and Genesis of Ann Arbor

Inez Wisdom and her companion Gertrude Griffith had admired the small family chapels that they came across on their European travels. When Dr. Wisdom’s patients, unable to pay their doctor bills with cash, requested options, she suggested they could help her to build a small chapel. With the help of these patients, local artisans and craftsmen, the small white stucco, brown shingled St. Francis Chapel seating 12-15 people was built. Within the chapel, John Maxon, a student artist at the University of Michigan painted the unique al secco fresco of the Transfiguration behind the altar.

In 1952, Inez Wisdom, donated part of her land and the St. Francis Chapel to the newly designated St. Clare of Assisi Episcopal mission church in southeast Ann Arbor. 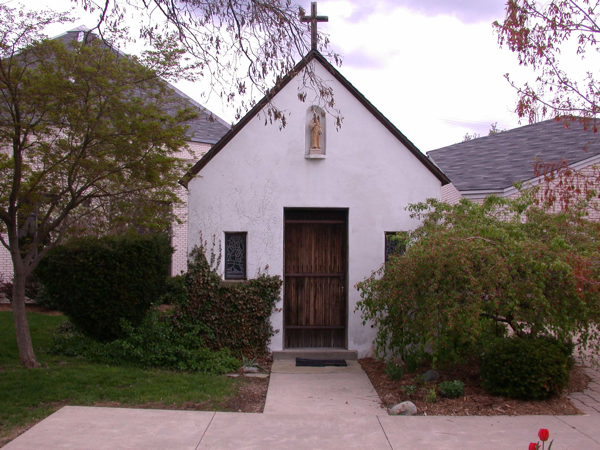 The St. Francis Chapel in the Spring 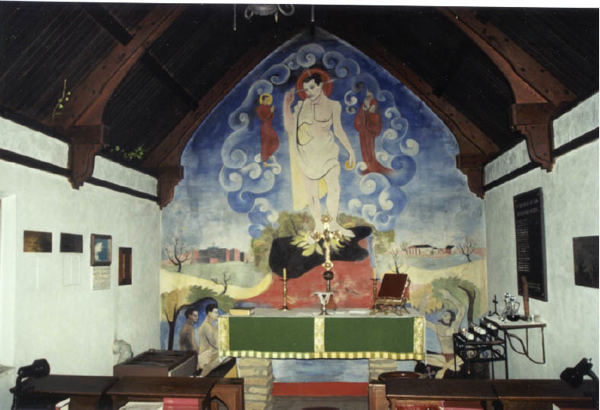 On May 24, 1953, the first service of St. Clare of Assisi was held in the Chapel. The Rev. Philip Schenk, a retired University of Michigan professor and Greek scholar, came out of retirement to serve the mission without pay. Because the chapel was far too small for the congregation, with substantial help from the Diocese of Michigan, in 1956 the first sanctuary building was erected next to the St. Francis Chapel. 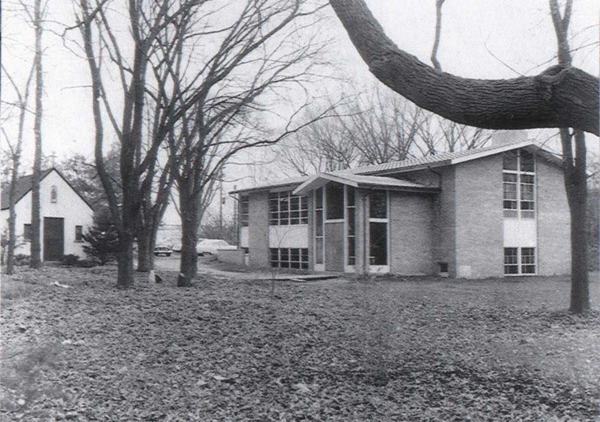 St. Clare’s first building was next to the chapel 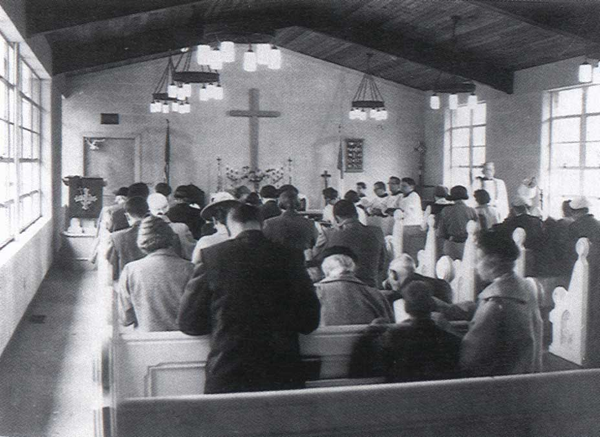 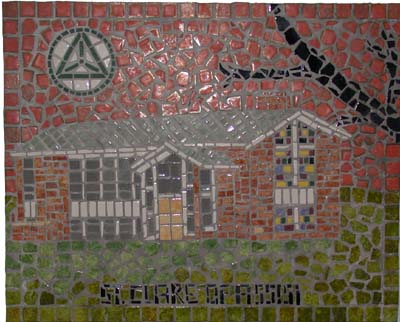 From the beginning, parishioners were diverse in their backgrounds, with St. Clare’s becoming a spiritual home for lifelong Episcopalians as well as those with no current affiliation with an organized religion. In 1957, the Reverend Albert Neilson came to St. Clare’s mission to assist Reverand Schenk, and, in 1958 became vicar.

The 1960s were years of continued growth for St. Clare’s. The Rev. Colin Campbell came to St. Clare’s in 1963, and served first as Vicar and then as rector until 1972. In 1965, as membership steadily grew, St. Clare’s was designated as a parish church, and with pledges from its congregation and a loan from the Diocese of Michigan, completed construction in September 1968 of a church building with a spacious sanctuary-in-the-round, office space and Church School classrooms.

By the end of the decade, St. Clares was holding three Sunday services (including a folk music service), publishing the St. Clarian parish newsletter each month, and focused on renewed ministry and mission. The parish was involved in the issues of the times, with a parish-wide program on Christian social justice. Other programs focused on the Detroit city race riots, disarmament and peace, and national and local politics.

In 1970, Temple Beth Emeth, a local Reform Jewish congregation, began to rent space from St Clare’s. By 1972, given the continued use of the sanctuary by Beth Emeth, a St. Clare’s parishioner engineered a way for the cross behind the altar to rotate out of sight during Temple services. In 1972, the Rev. Campbell resigned to take a position as rector at St. Mark’s in Palo Alto, California, and the Rev. Douglas Evett accepted the call as rector later that year.

In 1974, at separate congregational meetings, each congregation voted to approve the concept of joint ownership of a co-designed and renovated facility. To do this, in December, St. Clare’s and Temple Beth Emeth signed an agreement that created a nonprofit corporation, known as Genesis of Ann Arbor. The agreement provided that all property (with the exception of Wisdom House and the Chapel) was to be owned and supervised by Genesis. A Genesis Board of Directors was established. As part of this agreement, the Temple Beth Emeth undertook raising funds for and building an expanded classroom building.

In 1975, the Star of David and the cross were erected side by side outside the sanctuary, fronting Packard Road, and “Genesis” was dedicated formally on May 31. 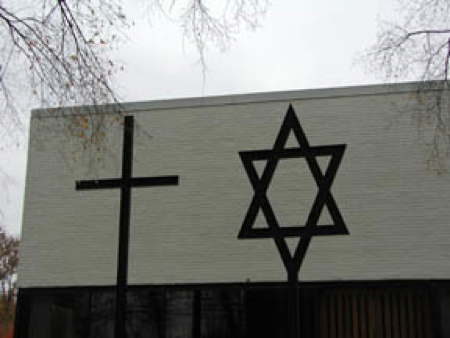