Home » About » Genesis of Ann Arbor

The Cross and Star of David standing side by side on Packard Road signify a radical partnership: the co-owning of the buildings and grounds by a Christian church and Reform Jewish synagogue. This co-ownership has been accomplished through the creation of Genesis of Ann Arbor, a non-profit organization that owns, operates, and maintains the buildings and grounds on behalf of St Clare of Assisi Episcopal Church and Temple Beth Emeth. Genesis was formally established in 1975 and will celebrate its 50th anniversary in 2025. The Genesis vision, included in its Covenant Renewal of 2015, states that “By daily embracing mutual trust and respect, we partner with God and one another to heal a broken world.”

While the buildings and grounds are co-owned by the two congregations, each congregation maintains its separate programs and religious character. Together we sponsor many activities, which have traditionally included a Thanksgiving service, an annual pulpit exchange, and outreach programs. St. Clare’s is proud to be part of this unique interfaith experiment, symbolizing the love and respect that can exist between two different faiths. 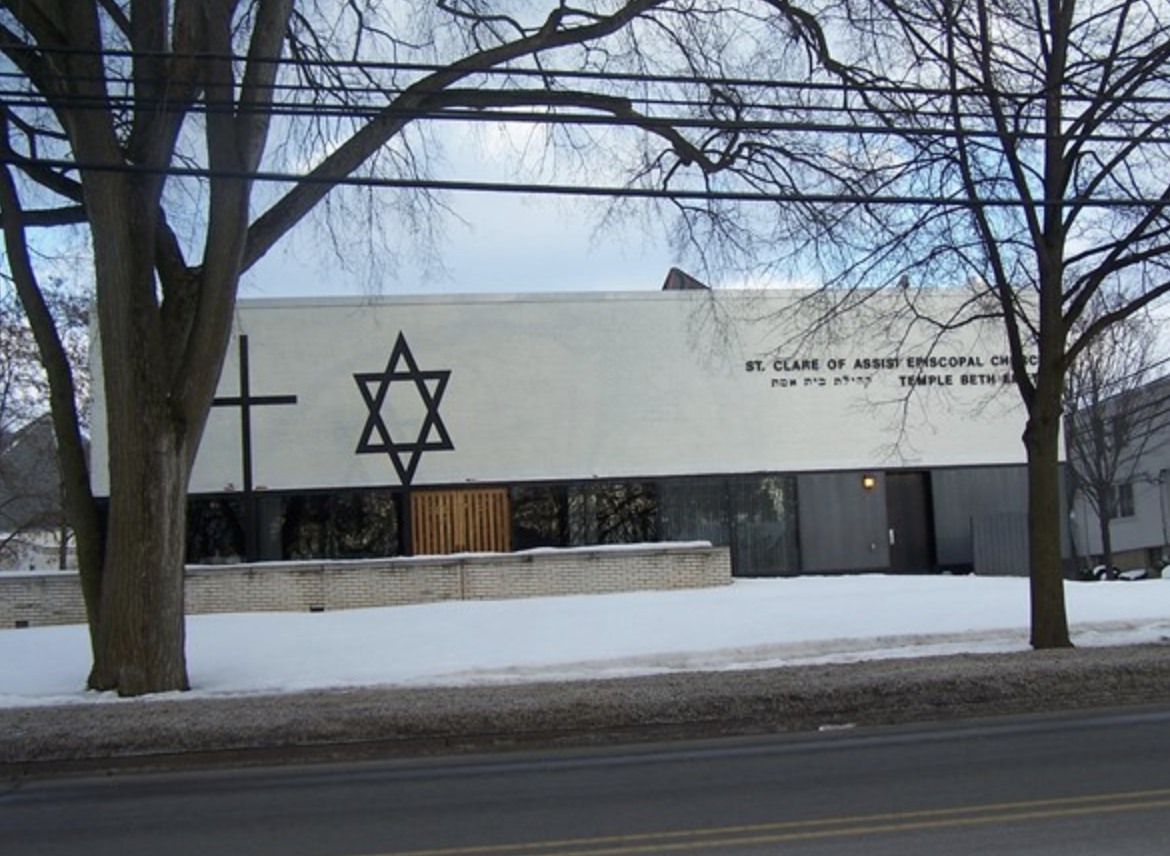