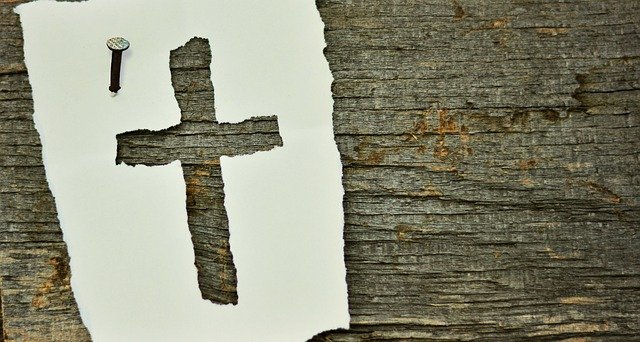 Every Tuesday morning, our family, which is me and my husband Myles and my 2 year old Isaiah, has a very important vigil. We generally talk about it the night before when we prepare for it, and so it’s on our minds when we wake up. We spend the morning listening very carefully for hints in the world around us. We squint and look as far as our eyes can see for a glimpse of what’s to come. We remind ourselves of the patterns that we observe each week, which might tell us when something is about to happen. And then, finally, the moment arrives, the waiting is over, and down our street comes… the garbage truck! And we are so happy, and we wave and dance, but we are also solemn, and we watch what happens so carefully so we will know what to look for next week.

If you’ve been around a young child, you know that interpreting the patterns of the world for them, explaining all the things that they want to know about, often stretches you beyond your own understanding. I have spent at least the last 30 years wanting to know as little as possible about garbage trucks, honestly, and yet I have a small person who wants to understand everything about their habits and patterns of behavior, as we wait for their appearance. And, like, the trucks seem to mostly follow the same route, but sometimes they change it up, and come close enough to our house that we can hear them but not see them, and I do not have an answer for why that is. There are a lot of strange and distressing things in our world that I cannot explain.

We have been enjoying our first spring here in Michigan, and watching plants come up in our yard, and deciding where to plant new things, and wow, seeds are another very strange thing to explain, and to wait for. “Here is this tiny, hard, dry little thing that seems like a rock. Somehow, it contains a flower, or a tomato, or a tree. But to turn it into a flower, or a tomato, or a tree, first you bury it in the soil, which is mostly made of dead things. You plant it underground, where there is no light, or sound, or air. And then you wait. And underground, that seed is dying, the seed will be gone, but it is also becoming the new thing. Probably. It doesn’t always work. But some of them sprout, and figure out which way it is toward the light, and one day they will poke their heads above the ground. No, we can’t dig them up to check- we just have to wait, and trust that what we know of the pattern is true this time too.”

When I think about it, when I try to explain it to a small person who has never seen it happen, it does still seem so strange, as many times as I’ve seen plants grow, as much as my life, and every one of our lives, depends on the working of seeds and plants.

Life and death are often strange and hard to explain, I think. Life and death are inextricably bound up in each other, they are two sides of the same puzzle, the same mystery. They turn everything upside down and inside out. And we have been in a time of so much death for these last 2 years, more than 2 years. We have lost so many people. There are many things in our world that are falling apart, and dying. If we have been watching, any of us who have been paying attention- we know have been surrounded by death.

And in some sense, that is the way of the world. People die. Institutions and traditions don’t last forever. Things fall apart.

The women who went to the tomb that morning so many years ago were reasonably expecting to find death, to enter the tomb and see the dead body of their teacher, and to be confronted again by the end of the movement, and probably the community, that had meant so much to them. People die. People are killed by unjust leaders, especially those who lead movements of and for marginalized people. It would have seemed reasonable that this time was the same, even if they were crushed by the disappointment of it.

The women went to that tomb with great faithfulness, to do the right thing, to honor death, and the one they had loved, Jesus. They went to bury the dead, and to grieve.

But death was not what they found there.

Instead, what they found was an empty tomb. And two messengers who asked, Why do you look for the living among the dead? He is not here, he is risen.

They were afraid, these witnesses to new life- they were terrified. It turned everything that they understood about the world upside down and inside out.

When I consider the moment in time that we are in, and stand on the precipice of the future it seems to indicate, with so much loss and death and change behind us, with so many expectations of what the future would hold disrupted, with so much uncertain ahead of us in the world, I confess to you, friends, that I am terrified too. I do not know what the future holds, and much of what I thought I knew has been overturned in these last few years.

And we do not get a whole lot of comfort from this story. It certainly doesn’t promise that things will become more predictable for the disciples, that things will go back to the way they were.

I think that the witnesses to the resurrection, these women- they must have remembered the truths that Jesus came to proclaim, truths about life and death. They understood them in a new way after the crucifixion. The forces that killed Jesus- the forces of empire and oppression, the leaders indifferent to justice, the ways of violence and cruelty we humans often fall into- those forces are strong. But over and over again, the love and liberation and life that God has come to bring has triumphed. The God who created us, the God who came to dwell with us in Jesus, God’s Spirit that comes to renew and animate our life still- God’s life is more powerful than death.

Not through military might, by replacing one oppressive system with another, but through love that comes to us in those dangerous and violent places and transforms both them and us, love that comes to free us from the death-dealing forces of this world, and bring us into new life.

The women encountered this truth of God’s life at the empty tomb that morning. They came because they expected to find death, they came faithfully to mourn and honor. But what they found instead was God’s pattern of life, the strange and mysterious and beautiful way that God brings life out of death.

This new life is different than what was there before. The green shoot that comes from the ground is totally different than the seed that was buried. The butterfly is transformed completely from the caterpillar that went into the cocoon. And the resurrected Jesus is there in body, he can be touched, he eats, but he is also different- his friends both can and cannot hold onto him in the same way, he is not always recognizable to them.

New life can come out of death, but it is not the same as what came before. Systems and ways based on love and justice do not mimic the oppressive ones- they are sometimes harder to grasp, fluid in form, but no less real, and certainly more beautiful. The oppressive and unjust death-dealing ways that are in our world want us to feel stuck in them, to imagine that there is no other way. And Jesus comes to tell us, to show us, to lead us into new life- new life that is creative, that is freeing, that bursts forth in full color and variety and diversity.

This is what I think the resurrection offers us this year, in the midst of so much death, in the midst of so much that is crumbling and falling apart- it offers us the terrifying, beautiful truth that God will bring new life, and that new life will be different. That is terrifying, but it is our hope, it is our liberation. It is a life founded on justice, hope, and love. We cannot look for the living among the dead. Perhaps we can show up to mourn what has been, but if we are a people of this resurrection story, we proclaim at the grave that death does not have the final world, not now, not ever.

So what are we called to do, in the midst of this mysterious time, when God is bringing new life? Well, we live as people who know that the seed underground is about to break out of the soil into the light. We look with hope and faith and trust around us for hints of God’s mysterious and beautiful pattern of new life.

Perhaps, to go back to the beginning, we wait in hope and longing, with the heart of a toddler on garbage day. We spend our mornings listening very carefully for hints in the world around us. We squint and look as far as our eyes can see for a glimpse of what’s to come. We remind ourselves of God’s patterns each week, so that we can be better able to spot them when they appear, to point them out to others. And then, finally, the moment arrives, and we see it, and the waiting is over, and we greet God’s new life with open arms. We wave, we dance, we watch solemnly and joyfully, because God’s life will never be stopped.

Why do you look for the living among the dead? Alleluia, Christ is risen!