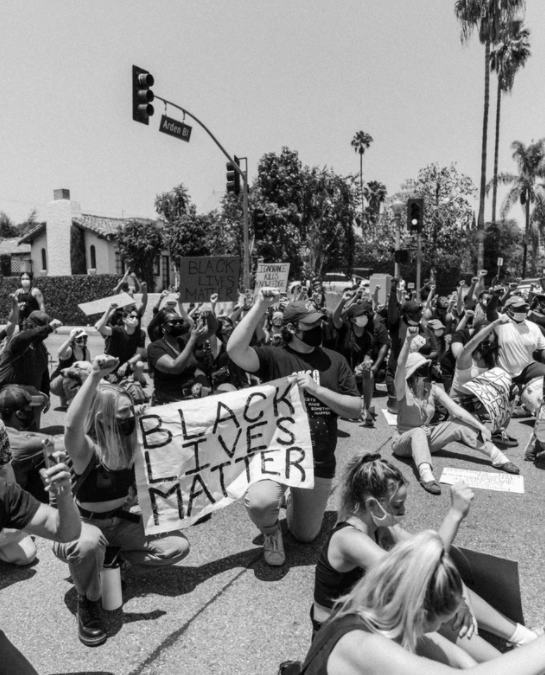 In his message on racial healing, Presiding Bishop Curry paints a picture of 1967 saying “the nation was in turmoil. There was war abroad, and turmoil within, and anxiety about whether the very democracy would hold.” My mother was only a year old in 1967, so I can’t pretend that I really know what it was like then. But, as Bishop Curry talked about the levels of racial tension and poverty that shocked the nation then, I couldn’t help but be struck at how similar the picture he painted was to my perception of our nation today.

I’ve had many conversations with St. Clarians during coffee hour where I’ve disclosed that I study political psychology, but when asked what I think about everything that’s happening, I’m often at a loss.

Recently, however, I read a 1973 article about sanctioned massacres – defined as killing that is approved by cultural or political authorities, and which is directed at victims who have not themselves threatened the perpetrators. I think this work sheds light on some of the seemingly inexplicable violence we are witnessing today, including the killing of unarmed Black people by police. Since the article is some 37 pages long, I thought I would summarize it here.

After a lifetime of research, the author, Herbert Kelman identifies three interrelated processes that can contribute to sanctioned massacres: authorization, routinization, and dehumanization. He starts with the premise that normally, people have inhibitions against harming those that haven’t harmed them – so, the processes he describes contribute to violence by removing these inhibitions, as described below.

“The structure of an authority situation is such that, at least for many of the participants, the moral principles that generally govern human relationships do not apply. Thus when acts of violence are explicitly ordered, implicitly encouraged, tacitly approved, or at least permitted by legitimate authorities, people’s readiness to commit or condone them is considerably enhanced” (p. 39).

In the context of police brutality, even if violence is not an explicit policy, permitting violence legitimizes it. Not only is violence legitimized, but, Kelman argues, a new morality takes over: one related to loyalty and obedience to authority. This applies not only to police officers, but to citizens who feel torn between their respect for the legitimate authority of police and their rejection of violence. We must not mistake the morality of loyalty as a substitute for the morality of nonviolence – the first recommendation Kelman makes for how we can avoid sanctioned massacres is that we should normalize questioning authority. We must do this, of course, as a culture and a nation – as individuals, we can encourage conversations that question authority in our own social circles, but we also as a nation must vote for candidates and support policies that demonstrate a willingness to reform or replace entities and individuals that are guilty of violence.

Routinization is the process by which actions that contribute to violence become part of an everyday routine.
“Routinization fulfills two functions. First, it reduces the necessity of making decisions, thus minimizing occasions in which moral questions may arise. Second, it makes it easier to avoid the implications of the action since the actor focuses on the details of his job rather than on its meaning. The latter effect is more easily achieved among those who participate in sanctioned massacres from a distance, that is, from the desks of their bureaus or even from the cockpits of their bombers” (p. 46).

To combat routinization, Kelman recommends increasing the number of opportunities that individuals have to make meaning of what they are doing and to realize that a decision is being made. But he also argues that our society is rife with acts of violence or preparations of violence that are socially approved. The massive U.S. military establishment for which use of force is a central instrument, the power of gun lobbies, and excessive policing are all normal parts of life that contribute to routinized violence. The more we consider these things normal and associate them with other meanings – such as honor, freedom, or order – the easier it will be to consider sanctioned violence acceptable.

Dehumanization is a topic I have studied for some time, and I wish I could say that it happens only in times of war, but I have found dehumanizing attitudes in any participant sample where I have measured them, including samples of religious Christians only. Dehumanization is exactly what it sounds like: to relegate a group of human beings to a category other than human. In doing so, we exclude them from the normal moral considerations we afford to humans. In other words, we consider some groups as more acceptable targets of violence than others.

“The extent to which the black community, for example, has been treated as a free-fire zone by law enforcement officers has been demonstrated again and again, whether in raids on Black Panther headquarters, in disturbances on black campuses, or in the questioning or arrests of suspected lawbreakers or people who “behave suspiciously” in black ghettoes,” says Kelman (p. 56, sic).

“One type of corrective effort against the sanctioned definition of victim categories is to use every opportunity to individualize the targets of violence, at home or abroad. [. . .] just as we must constantly protest any tendency within the society to treat violent actions as normal and legitimate, so must we protest all implications that there are groups – within our own society or outside of it – that are subhuman and fair game. No attempt to exclude from the human community a group, by whatever criteria that group may be defined, must remain unchallenged. It is particularly important to challenge such attempts when they are made by public officials, and especially by officials who speak with the highest authority” (p. 56).

This idea of the human community reminds me of what Bishop Curry called “the beloved community”. In his address, Bishop Curry gives examples of dehumanizing language used in Charlottesville. “In those voices and those shrieks, we have seen the alternative to the beloved community. And the alternative to the beloved community is unthinkable”. Let us, as Episcopalians and as people of goodwill, not let such attempts stand uncontested. As individuals in our own small communities, and as a collective, let us not accept violent speech or actions, direct or indirect, from our politicians, our public servants, or our fellow citizens.

Link to Bishop Curry’s statement: https://episcopalchurch.org/racial-reconciliation
Link to Kelman’s article: if you wish to read the article and do not have access, please reach out to me at smithjms@umich.edu and I will be happy to send you a pdf.

Photo by Nathan Dumlao on Unsplash