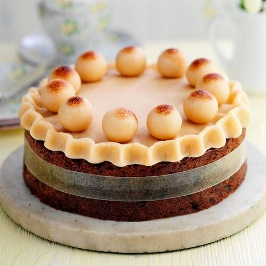 On the 4th Sunday of Lent, March 22, we will observe this wonderful British tradition at both services. It is NOT the same as our American “Mother’s Day.” It began in the 16th century as an explicitly religious event, when people returned to their “mother church” on the 4th Sunday of Lent. Over the centuries, it became a time when domestic servants (mostly girls, who had few, if any, days off) could go home to see their own mothers. We will follow their example by offering flowers to all women in the congregation and baking special “Simnel cakes” for our coffee hour. For us in 21st- century America, this would be a perfect time to reflect on the plight of young families living in refugee camps and the need for social justice.